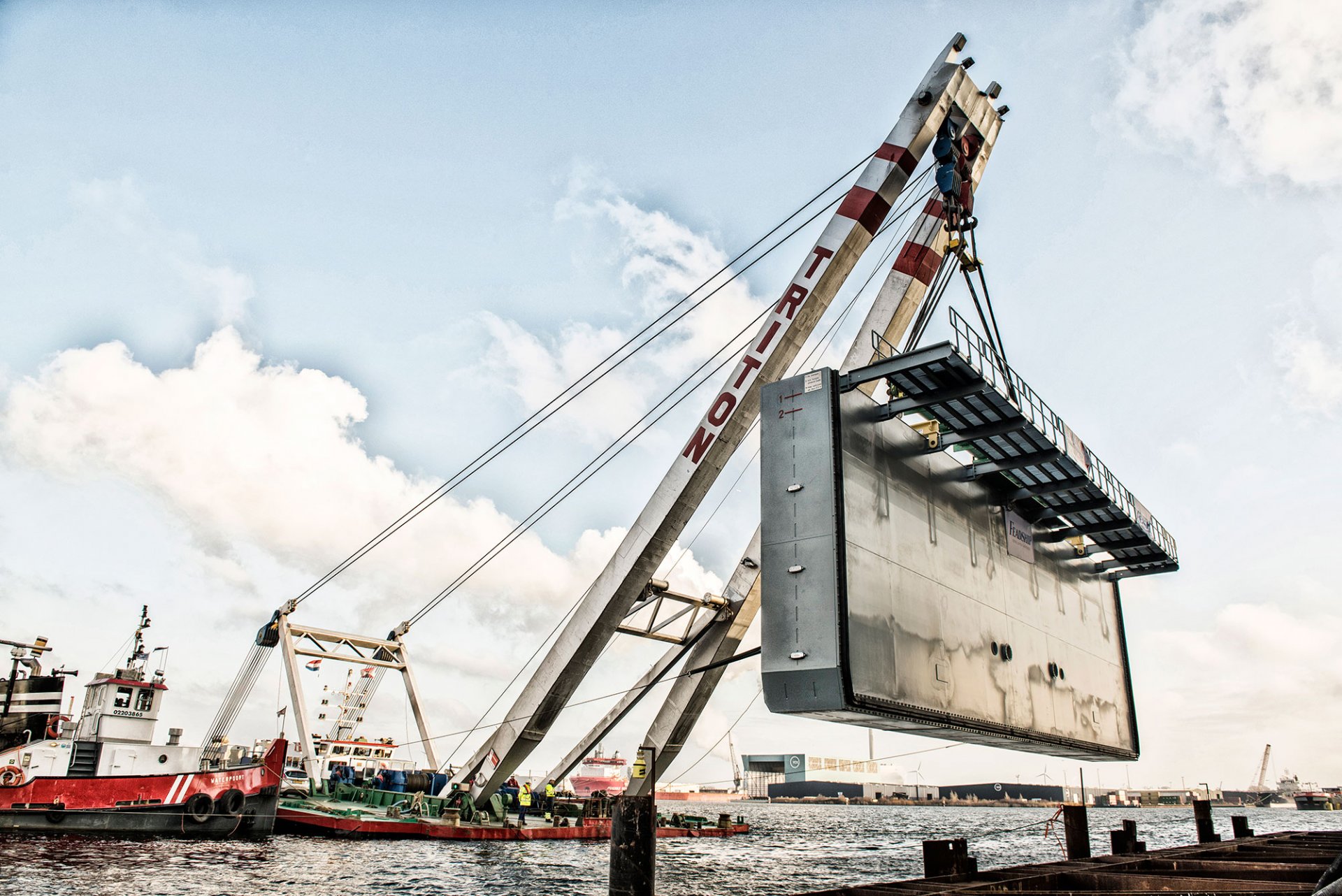 De Kok Staalbouw was also responsible for the complete engineering of this impressive door. Our engineers were closely involved in the development of the steel design from the preliminary stage.

The caisson was transported from Bergen op Zoom to Amsterdam by tugboat. Then two 500t cranes and a 700t crane placed it vertically on the quay, where the ballast was added. After several floating tests, the dock structure was transported to the construction site and lifted into the newly built dock with the necessary precision. 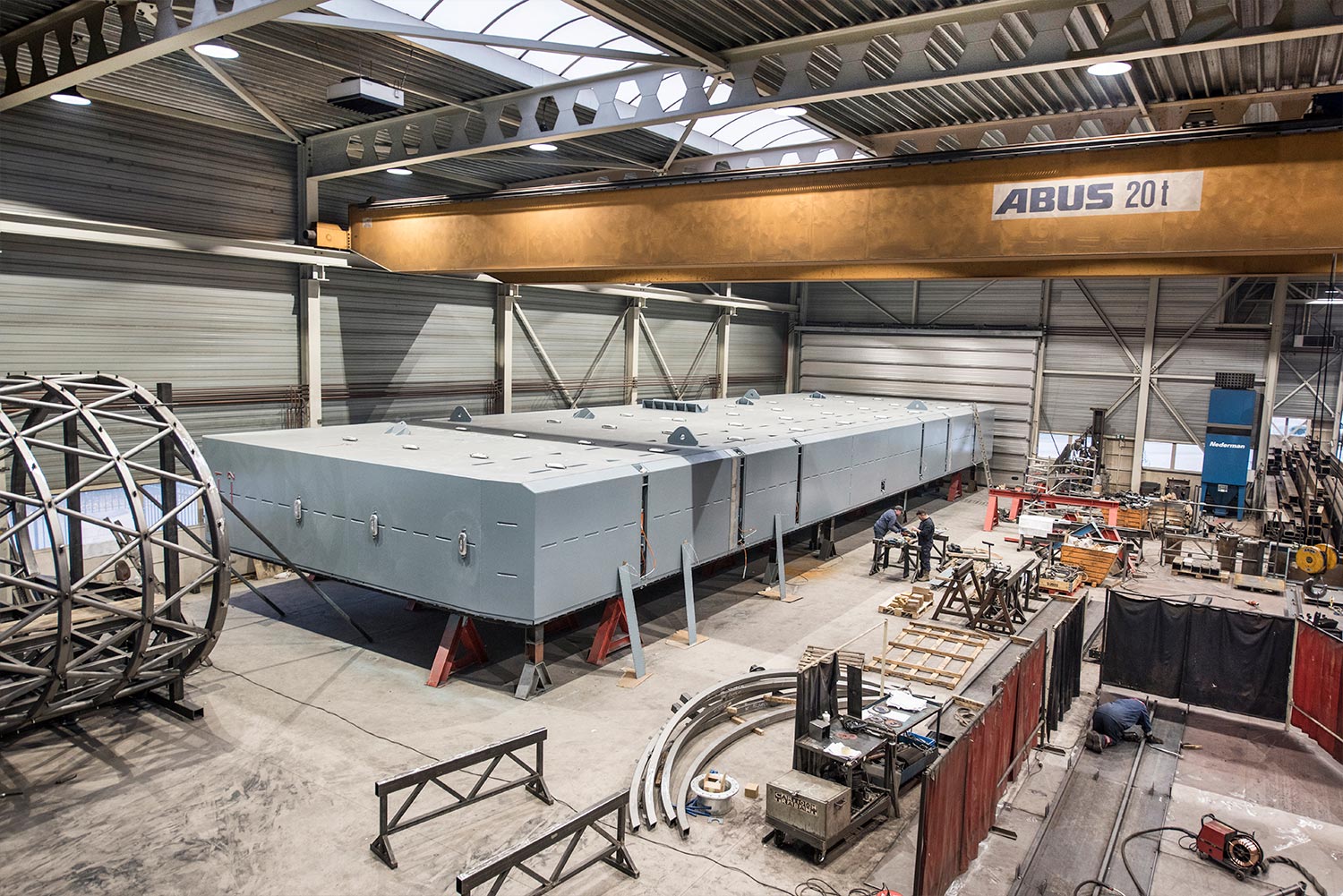 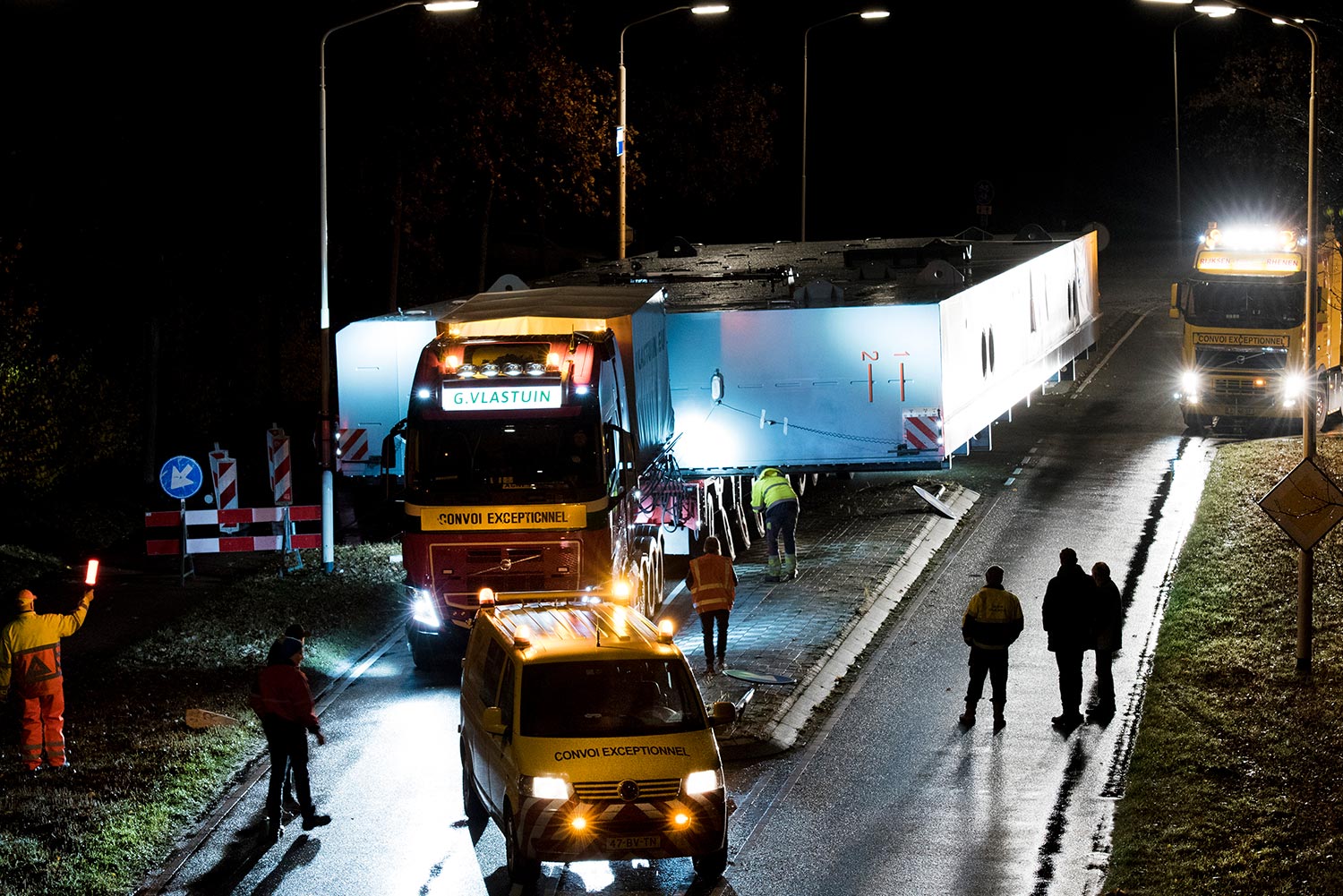 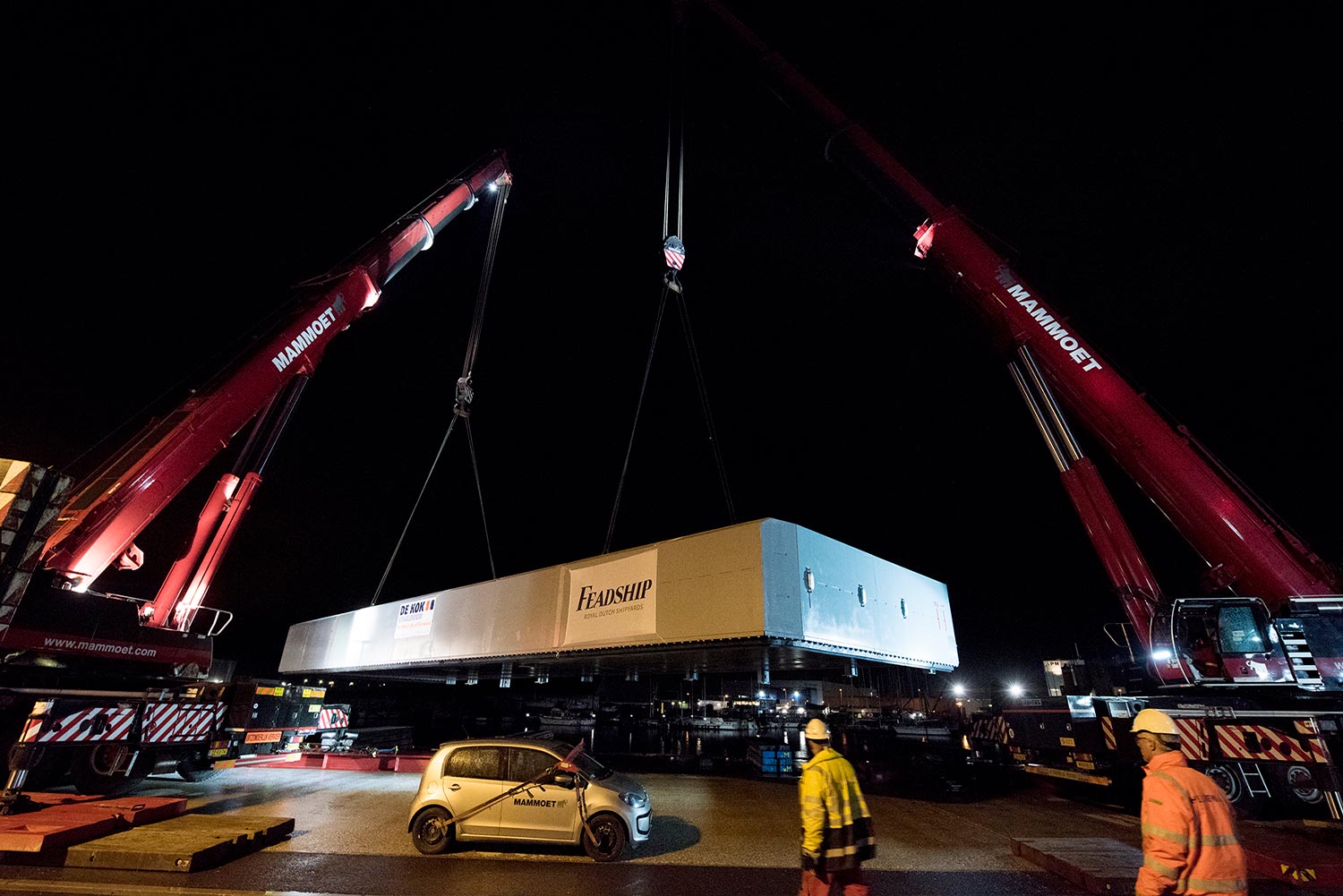 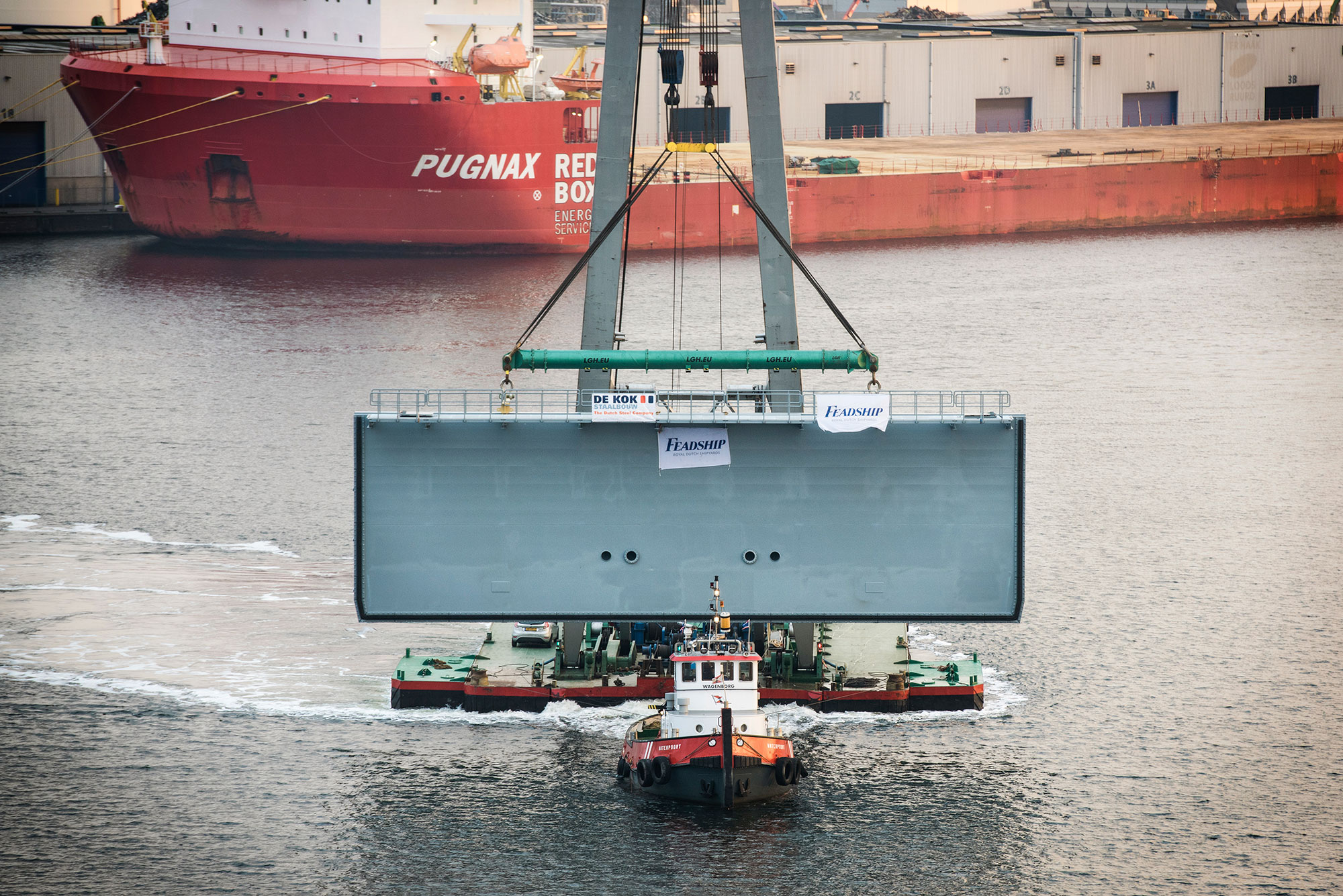 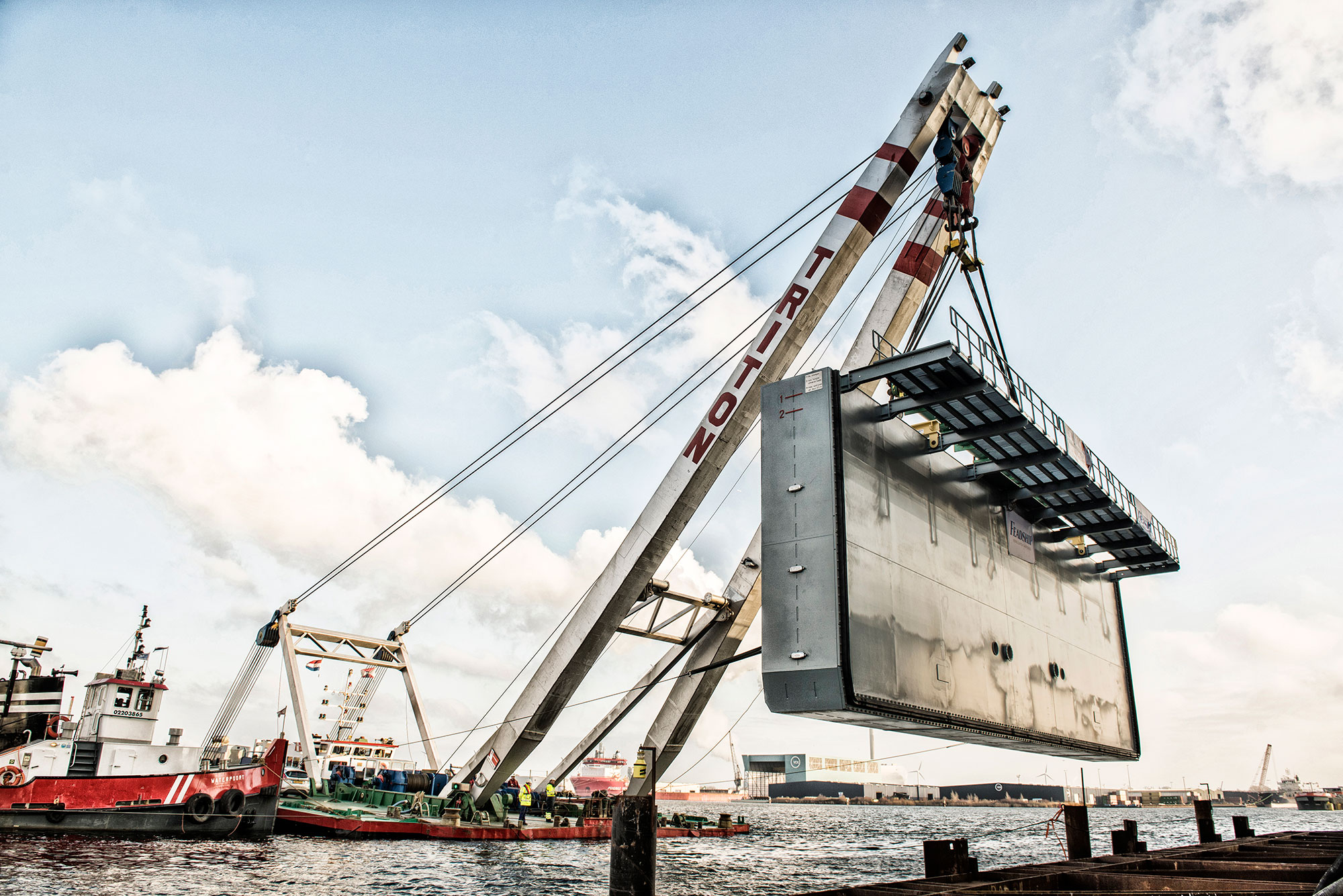 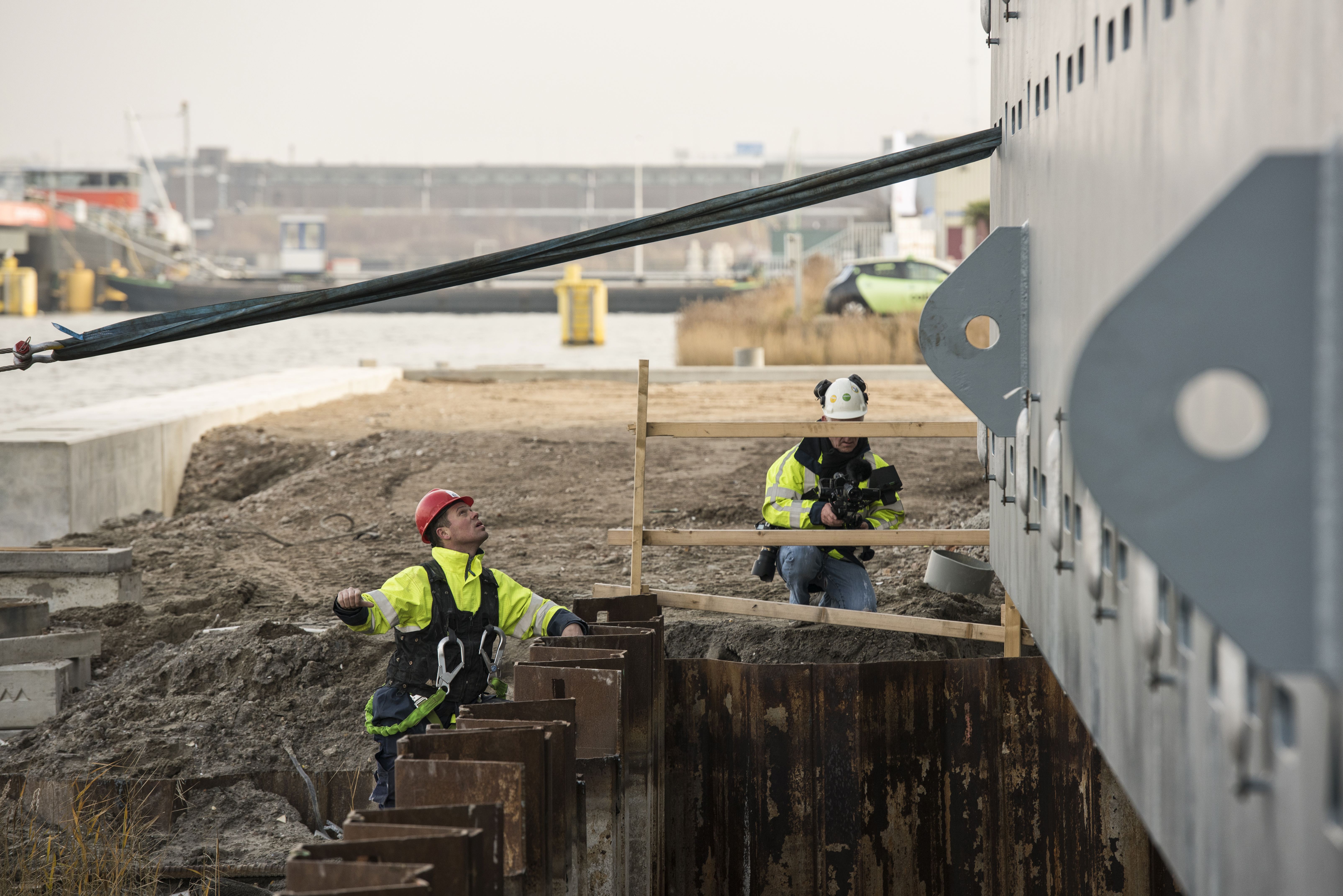 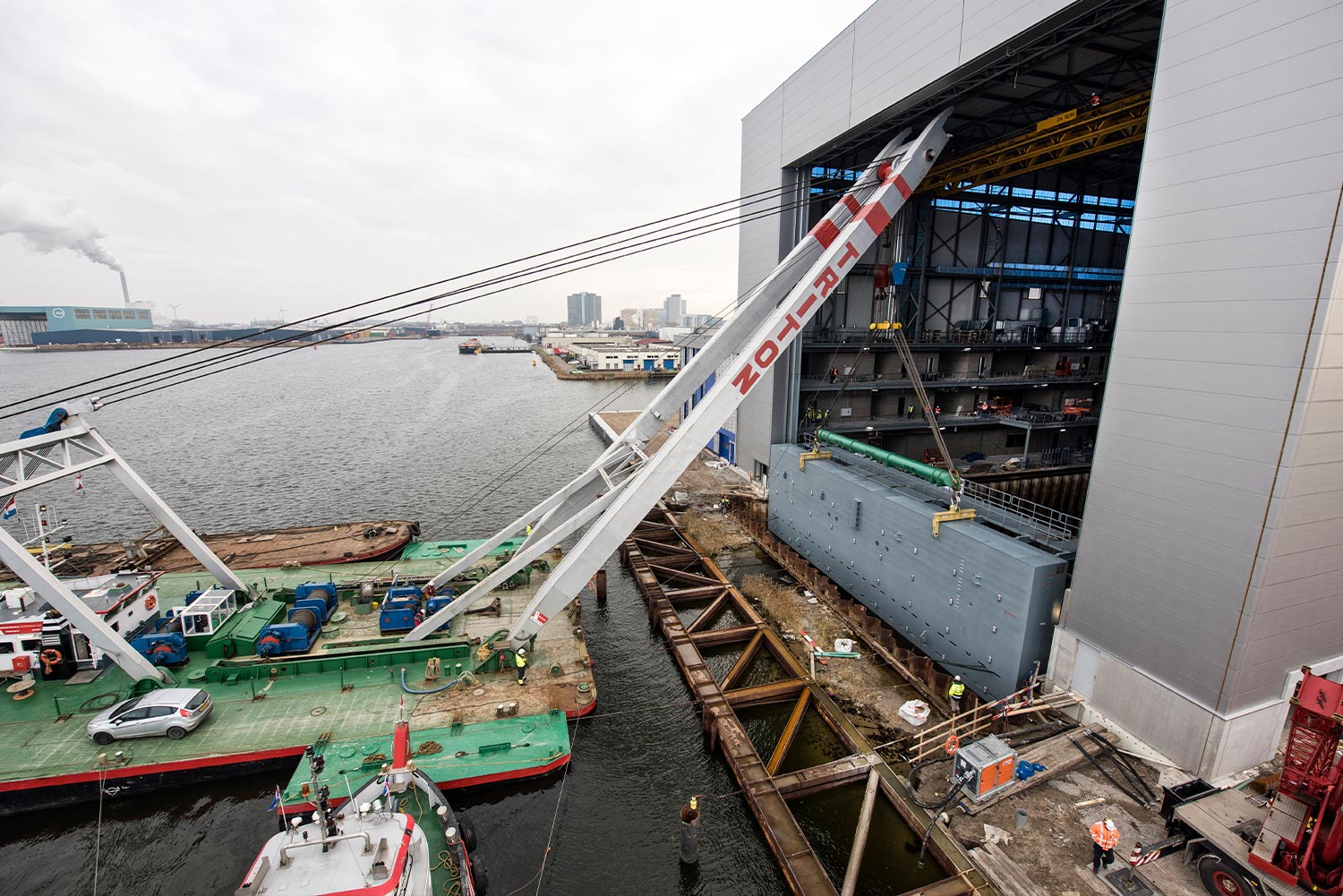 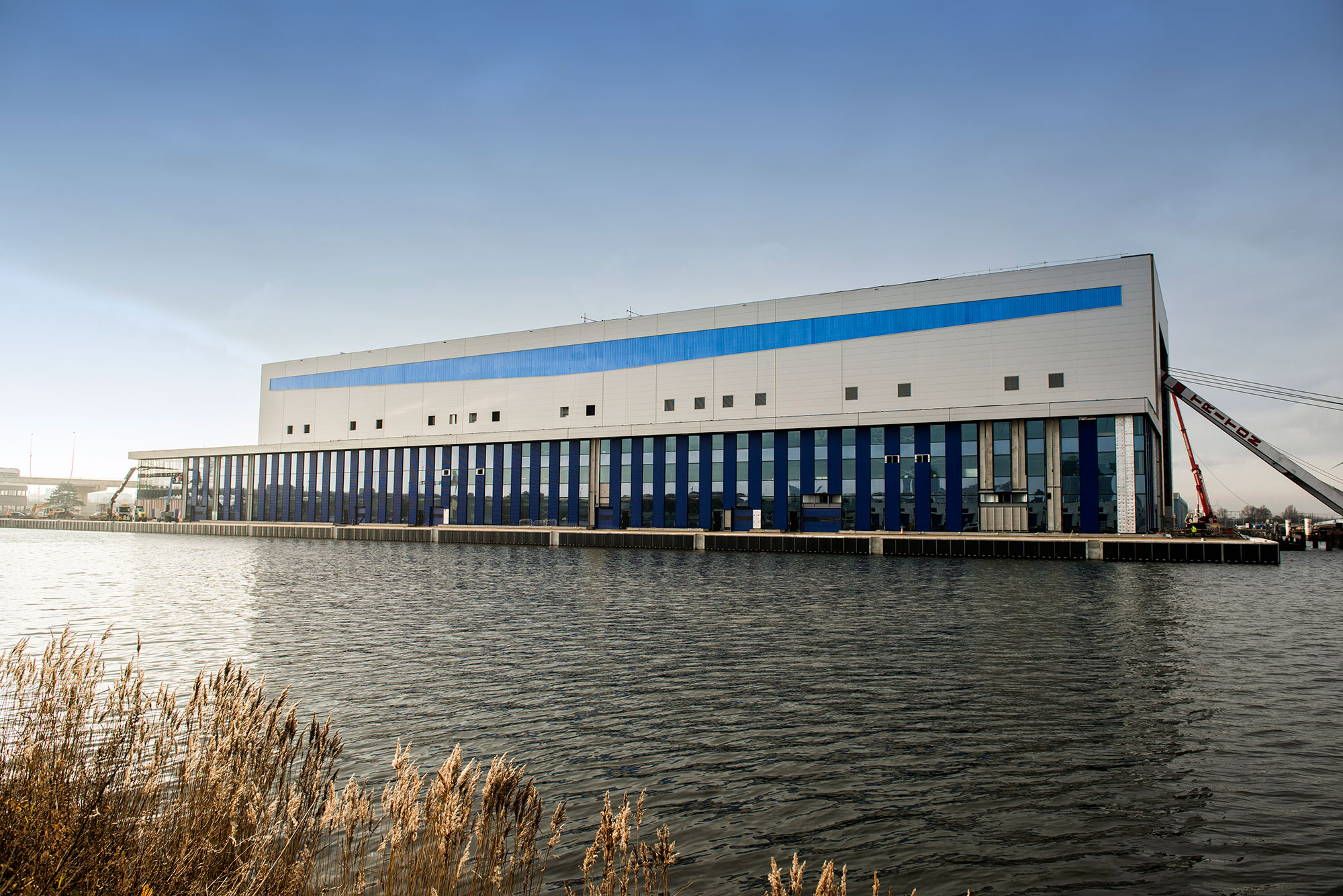