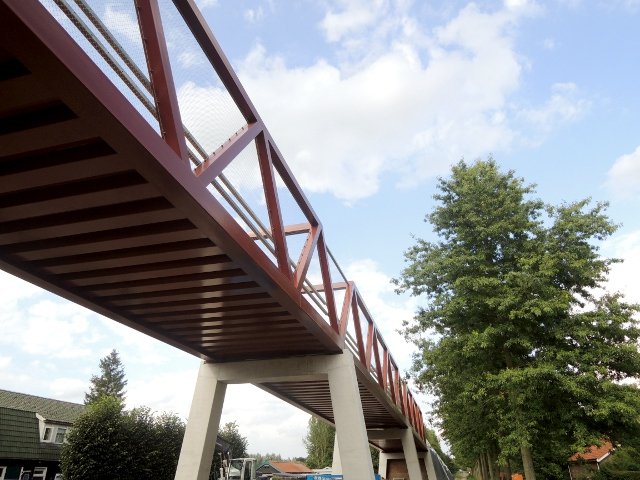 De Kok Staalbouw produced a steel bicycle viaduct measuring approximately 110 x 5 x 5 metres for the ‘de Gagel’ district. The bicycle bridge connects the Noorderpark to the Overvecht district and the rest of Utrecht. The order included five complete truss bridges for cyclists and pedestrians. The bridges were built and preserved in Heerle, where both a wearing course and surface course were also applied. To minimize disruption, the five bridge sections were delivered and installed in one weekend. 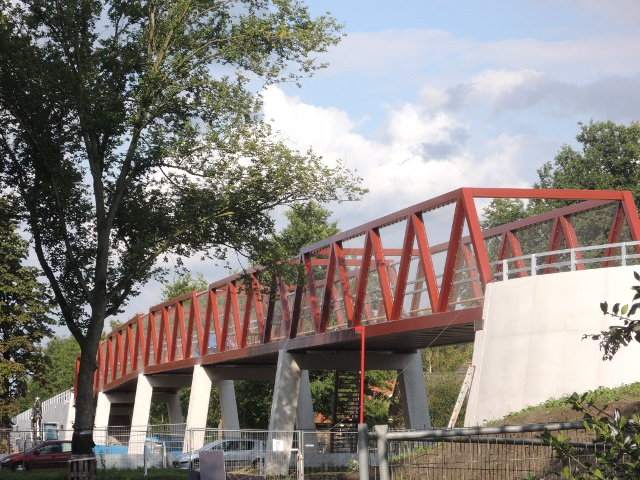 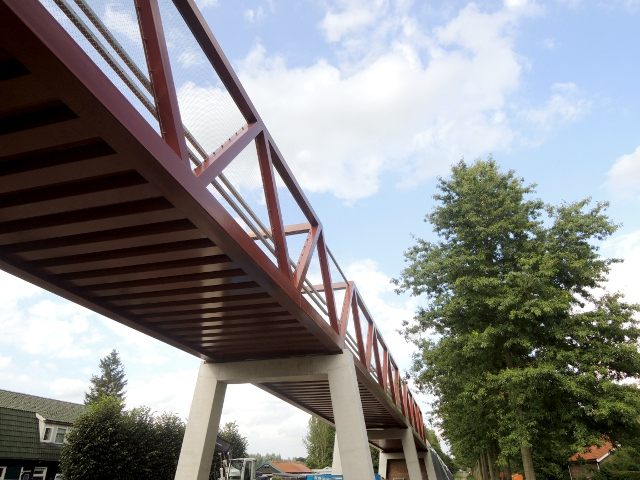 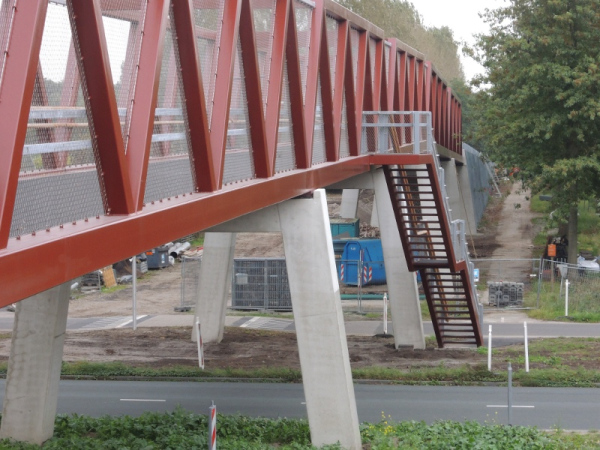